College athletics is a money loser at all but a few places. In reality, it’s a marketing arm of the college designed to get the school’s name out in the public eye to hopefully bring new students to campus.

So when the University of Hartford announced it was transitioning its sports from Division I down to Division III due to financial reasons it, on paper, made sense. Here was a small private school competing in a league with flagship public universities and barely keeping up, and now they had decided to take their medicine and make the drop.

Except this news came a month after the men’s basketball team had just won its first America East title and played eventual national champion Baylor in the NCAA tournament. So why, now of all times, would Hartford want to do this?

Let’s introduce Hartford president Gregory Woodward, who in my opinion is a spineless bastard.

As reports began to rumble about the pending decision to drop the department down in the spring of 2021 there were more questions than answers. However, Woodward, who in my opinion is a spineless bastard, didn’t have time to answer those questions because he was busy colluding with other higher-ups on campus building a propaganda campaign to get the necessary ducks in a row. All he wanted was to “let me and the spin doctors do the numbers” and make everything happen.

Luckily for Woodward, who in my opinion is a spineless bastard, he had a board of regents full of people he had nominated so without much second-guessing the Carr report that claimed athletics was losing $13 million a year they approved the drop down to D3.

In reality, athletics at Hartford cost around $3.5 million a year, and the big number only happened due to a “double count error.” Again, the regents could have asked for a second audit from Woodward, who in my opinion is a spineless bastard, but didn’t. And now, with D3 sports coming, the costs are still slated to be around $2.6 million but without an ESPN conference media deal and opportunities to play in big, nationally-televised tournaments and nice apparel contracts and the like.

Thank god for Woodward, who in my opinion is a spineless bastard, for having the forethought to drag his school’s name through the shit like this and for what? To be the safety school for arts kids that can’t get into Berklee School of Music?

But let’s talk more about the aloof Greg Woodward, who in my opinion is a spineless bastard. Did you know he’s also a liar? Shocker of the century but he lied about his college athletic career.

During a radio interview, Woodward, who in my opinion is a spineless bastard, said that he was in his high school’s athletic hall of fame and played a year of D1 soccer at Villanova.

He did not, in fact, play D1 soccer at Villanova because there were no divisions at the time he played. Hey, honest mistake. Nova is a prominent D1 program today so we can chalk that up to a vocal misstep.

What about being in the hall of fame at William H. Hall High School?

“There is no Hall athletic hall of fame (nor is there one at Conard), and we have no records of there ever being one,” West Hartford superintendent Tom Moore said. “I’m not sure if there ever was mention of one, but there is nothing for at least 30 years.”

Ouch. Yikes. Sorry Greg, but you’re a liar AND a spineless bastard? Man, if you tried to swing your weight around and intimidate people you felt superior to you’d have a hell of a hat trick.

Let’s see how that turned out for him at commencement:

And for the past two years the Hawks’ athletic programs have drifted listlessly in the wind. This year they are a team without a conference as they are no longer in America East and will play as a D1 independent in all sports before dropping to the Commonwealth Coast Conference.

The saga seemed to have reached its end until November 7, just a day before the season started, when head men’s basketball coach John Gallagher abruptly resigned. This was the man who had built the hoops program into a league champion and now he was gone. The man who had created what was lovingly known as “The Neighborhood” no longer lived on the block. Why?

Because Woodward, who in my opinion is a spineless bastard, is also a cheap, uncaring little man.

The team played a scrimmage at Dartmouth and the school didn’t send an athletic trainer. Additionally, the school allegedly denied a credit card application used by the director of basketball operations to buy meals for the team at road games, without an alternative plan.

Greg, when you were a kid was this what you dreamed of being when you grew up? Non-rhetorical question; you can email or tweet me your answer.

That got intense. Let’s chill for a minute and have a moment with Bella. 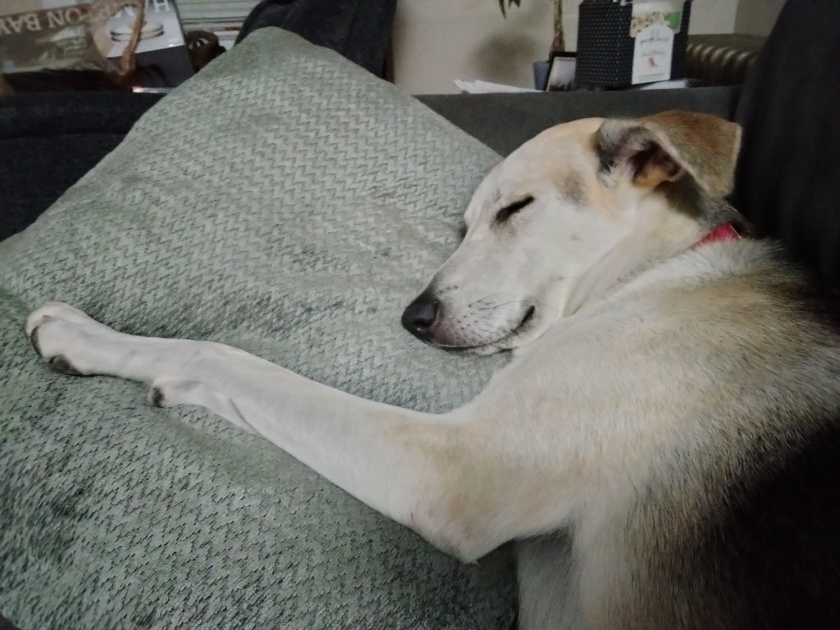 The Reich Family Pavillion is the center of Hawks’ athletics. The locker rooms, offices, and training facilities are all inside the building that was named for some longtime donors to the program.

The building looks nice from the outside with the high domed roof and inside houses the basketball arena and volleyball gym.

Inside it’s fine. Nothing major of note good or bad. Sometimes that can be an excellent thing.

The Chase Family Arena, also named for a pair of donors with a long history with the university, opened in 1990 and has been home to Hawks basketball ever since. Sitting 3,507 with a variety of seating options it looks unlike any other gym in New England.

Hartford has a strong basketball tradition, mostly on the women’s side, with the women’s team making multiple NCAA tournaments in the 2000s, with six tournament bids between 2002-2011.

The men’s team won the America East title in 2021 in the feel-good story of the year, and that has been the best men’s team the school has produced. But best player? That’s four-time all-star Vin Baker. Baker and former NL MVP Jeff Bagwell are the most prominent athletic alumni to come out of Hartford.

While those are the most prominent, the other banners hanging for the men’s team are for a CIT berth in 2013 and four straight D2 (then called just the College Division) tournament appearances in the 70s. 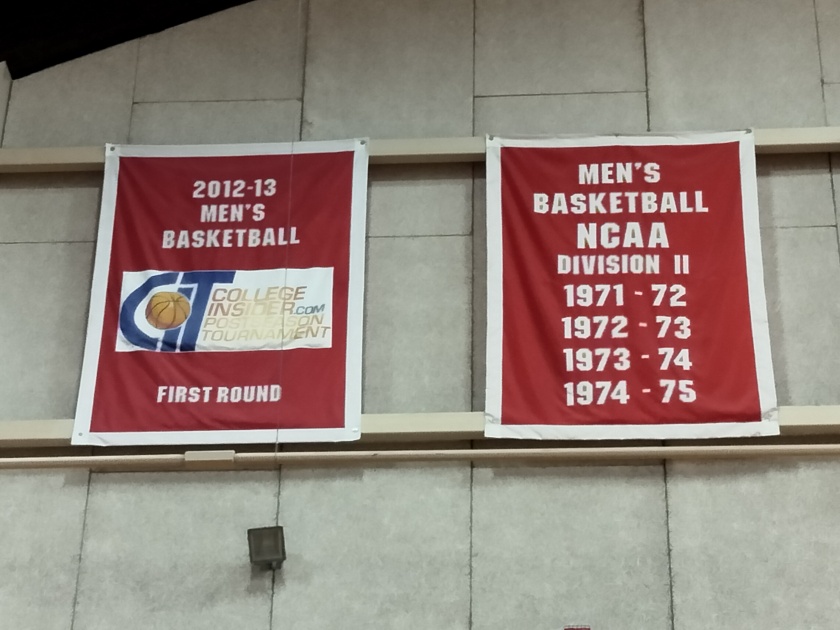 On the day the Hawks were hosting intra-state rival Sacred Heart which made the hour drive up the interstate for the game.

Early on it was fun and close as the teams stayed within five for much of the first. Neither could muster a run.

Both teams played flowing, free basketball and got up and down in transition. This sequence ends with a layup from Nico Galette to put the Pioneers up a deuce.

Coming out of the timeout Sacred Heart found some good juju and raced out to a seven-point lead and looked on the verge of making that pre-halftime run to put the Hawks down a bit even before intermission.

Poke. Run. Bucket. That was his game from the jump. The junior from West Virginia was the offensive engine for the Hawks with a game-high 24 points.

But even with McClain doing things like that, the Pioneers kept finding ways. Raheem Solomon got some home-rim help, even on the road, in the final minute of the half on this triple to put SHU up seven. The Pioneers led by nine at the break.

The halftime entertainment was the campus dance group Fenomena. I thought it would just be a 30-60 second performance, but the act kept going. And it was excellent.

The second half began with a punch and a kick from Hartford as the Hawks opened the half on a 9-0 run to tie the game. This putback from Pavo Pavlidis squared the game at 44.

From there we fell back into the rhythm of the first half with the game on a knife edge. Sacred Heart got the better of it but couldn’t find a way to break away. Joey Reilly snuck out the backdoor for a layup to put SHU up seven.

But the Hawks kept coming and wouldn’t go away. Even down by seven again Hartford figured out a way to fight back. Down five? Why not get three.

The staring contest was back on. Nip and tuck it went. Hartford stole the lead with 7:45 to go on a pair of free throws from Kurtis Henderson.

Two minutes later the Pioneers had the lead back and were up five. The Hawks huffed and puffed but in the end…

Nico Galette fought through to get the two points to put Sacred Heart back up five in the final minute. He finished with 13 points and seven rebounds, and that layup was enough.

Even with everything going on with the athletic department, and the horrible president pulling the strings on it all, it was lovely seeing such a large student turnout at the game. 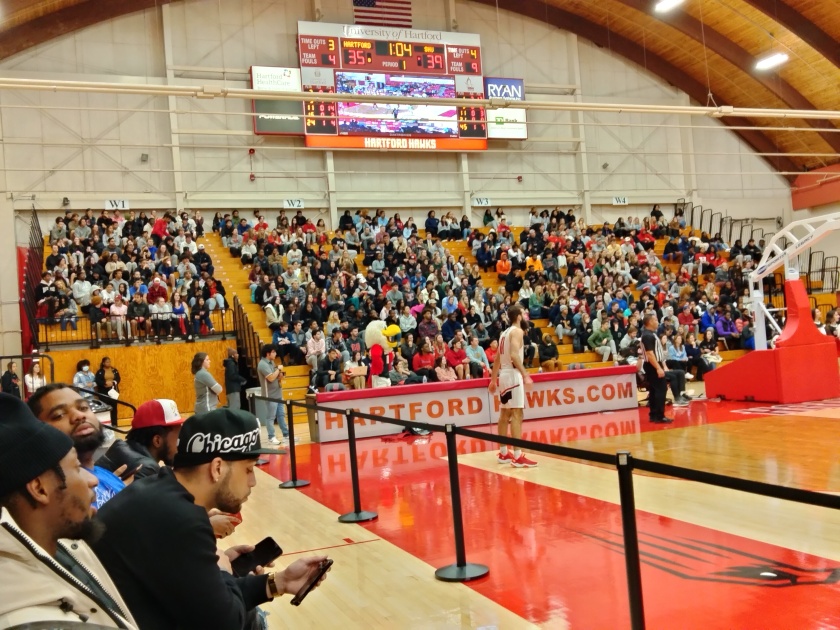 At the end of all this, when the dust settles, there will still be basketball and students supporting their classmates, which is what the heart of college sports should be.

Oh, and here’s a pic with three different Hartford logos. I didn’t know where else it fit. I just thought it was neat.

Thanks for reading. Here’s one for the road: