Fitchburg is the kind of town that’s easy to drive through. With Route 2 running directly through the city, thousands of people drive through Fitchburg very day.

But the City by the River is a charmer. With a population of 40,000 it’s like many mill towns in Northern Massachusetts. It’s worn and cramped by the centuries of time. It creaks with the stories of people long past.

In a town like Fitchburg it just made sense to go where the townies go. And that took me to Slattery’s. Located on a corner, the bar/restaurant could easily be described as rustic. Low ceilings. Low lights even in the afternoon. It was a place I knew I could get a good meal and disappear into a booth. 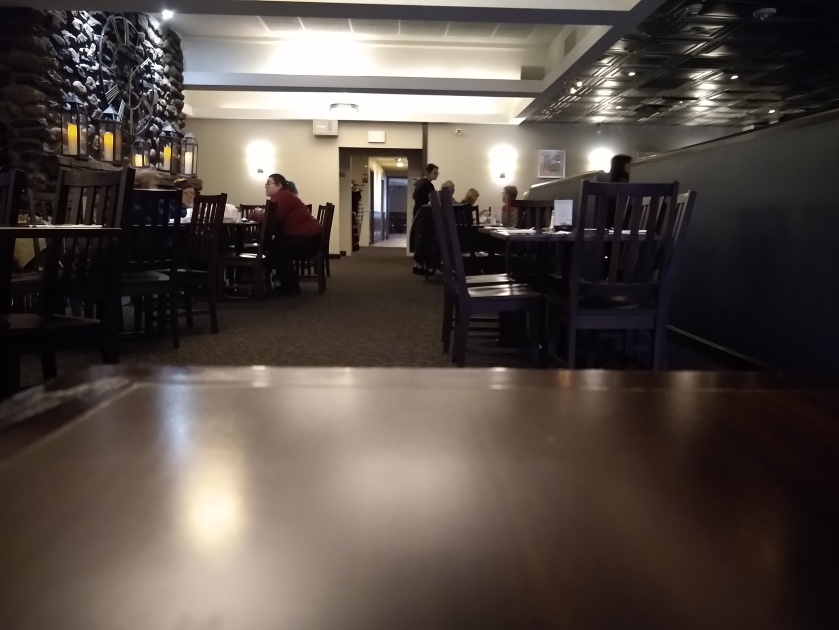 The classics are classic for a reason and the veal parm was a classic. I don’t ask for much from most restaurants. Just give me good, solid food that isn’t the bare minimum. Fresh meat. Al dente pasta. Great stuff.

When I travel to these places I’m always trying to find good bakeries. If I could figure out all the best places to find a good cookie or cannoli I’d love it.

I got myself a chocolate chip cookie. It was good. I got the fiance a lemon square. It was great. Definitely pull off Route 2 and grab a pastry.

To top it off, Fitchburg had an art museum and I wasn’t about to say no to a little bit of culture in my trip to Central Mass.

The Fitchburg Art Museum is located on a hidden little side street. Established in 1925 at the bequest of Eleanor Norcross, a famous artist and collector born in the city. Norcross was the first American artist to have her works showcased at the Louvre in Paris.

After her death in 1923 she left many of her works and a sizable amount of money to establish an arts and cultural center in her hometown.

On this day there was a whole room dedicated to works by my favorite American Artist, Winslow Homer. Before he painted his famous landscapes in Maine, he was a magazine illustrator and the exhibit went back through his career with the pen.

Exhibitions of African art and Egyptian relics filled the museum and gave it a worldwide feel. For less than $10 it’s definitely worth an hour of your time when you come to Fitchburg.

The Recreation Center at Fitchburg State is just that. It’s a place for students all over campus to workout or run a game of pickup. The Falcons’ basketball and volleyball teams call the venue home.

Small, smelling of wood lacquer, and worn in by the years, it’s a perfectly serviceable place to play and watch basketball.

On this night it is the Falcons women’s team taking on the Trailblazers of MCLA (Massachusetts College of Liberal Arts), and it was all Falcons from the jump.

Fitchburg took the lead early and grew it to six by halftime.

Fitchburg grew the lead to 11 after three quarters and would go on to pick up the 56-41 win.

The top performer was Fitchburg senior Angelina Marazzi. Marazzi had 23 points and nine boards for the Falcons.

The most notable thing about the game though was its length. From start to finish the game took exactly 80 minutes. I don’t know if I’ll ever see a full 40-minute game that fast ever again.

Sharing a wall with the bakery was Disc Golf 978, a store dedicated exclusively to disc golf. It was a festival for the eyes upon walking in.

I got to talking with the man behind the counter, Adam. He was so passionate about disc golf. He was explaining to me the difference between a driver and a putting disc. The differences in materials. The prevalence of courses throughout Massachusetts.

I love passionate people. They do the three important things: show up, give a shit, try. If you do those three you’ll be doing okay in life and Adam certainly was.

I asked him how people view the university and the school’s athletic teams around town. He said there were two types of people: the ones who were ambivalent and the ones who took great pride in having a university in town. I’d rather get to know the latter.