Basketball is beautiful. Basketball is pain. This is a story about the latter, the agony that only basketball can create.

However, before you can feel the pain you must first know where you are. With that, welcome to Durham, New Hampshire and the flagship campus of the University of New Hampshire.

Durham is a quaint little college town located 70 minutes north of Boston, 15 minutes away from Portsmouth and the beautiful New Hampshire seacoast.

Take a ride with me through Newmarket and into the heart of Durham.

Downtown Durham is basically one road that runs through campus and dumps out you by the exit to get back to the interstate.

There’s plenty of places to eat and shop just like you’d expect in a college town.

Look at that photo. See the place on the right with the white storefront? That’s Libby’s, and that’s the place to get a bite to eat in Durham.

It’s a quintessential sports bar with the grub to match.

And the food does not disappoint. I went with a Caesar salad and a black bean burger. The salad was good, and a few more croutons would have moved it into my top four.The burger, though…that was something else. It’s hard to find a good black bean burger that isn’t mush, and Libby’s delivered. Also, waffle fries. Everything is better with waffle fries.

For only about 20 bucks you can get a good bite in a good spot. 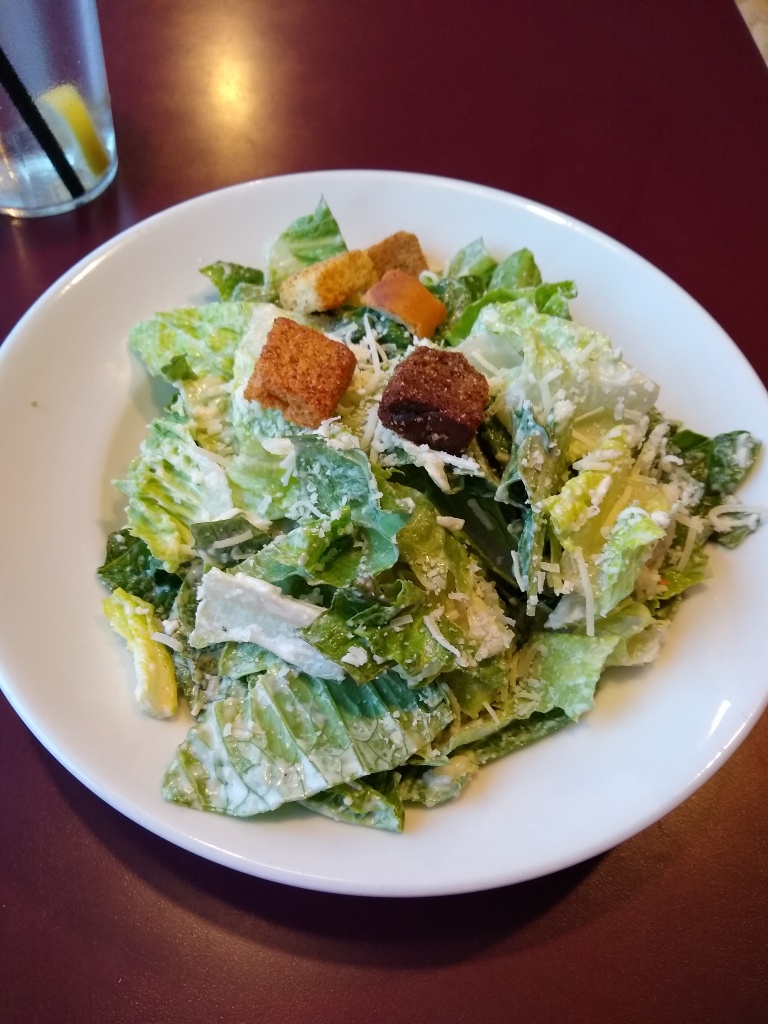 Lundholm Gymnasium is just that, a gymnasium. It’s a no-frills room that hosts UNH’s basketball, volleyball, and gymnastics teams.

The whole building is the heart of athletics on campus. From team offices to storage to production facilities to the communications department, everything is in that building. It even houses the indoor track, which is across the hall from the gym.

One neat thing is the historical gallery of UNH athletics. Panels upon panels line the wall of former UNH teams, dating as far back as the 19th century.

The Wildcats have little history of success on the basketball court. The women’s program won the America East regular season title in 2017 and the men have only ever advanced as far as the conference tournament semifinals. 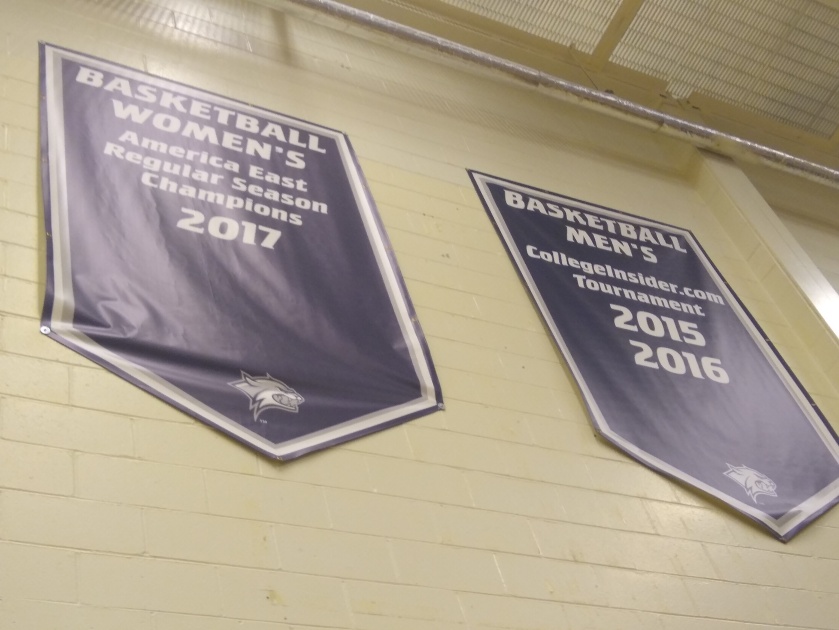 UNH and Albany only play heart attacks. The previous 10 meetings were decided by an average of 6.7 points. Tonight was no different. The teams went back forth throughout.

UNH, which won five games last season, had a chance to hold on and pick up its ninth win of the season. Then this happened.

UNH did have one last chance to close the show. Up a point in the final seconds of overtime, all the Wildcats had to do was find a way to maintain possession. They couldn’t.

A few weeks after this game I was back at UNH covering the Wildcats women’s team. After the game I ran into the football coach, Sean McDonnell. He had taken a leave of absence before football season to focus on his health after a cancer diagnosis.

But there he was, looking his spry self and making sure that every chair was perfectly aligned with the tables of the room.

We chatted a bit and caught up. He has the type of personality that makes him your friend after 15 minutes. He was talking about recruits the team had on campus from all over the country while also complaining how people need to take better care of the athletic facilities.

I said he sounded like the “old man yells at cloud” joke from The Simpsons. He gave a good hearty laugh before turning out down the hall to meet the recruits.