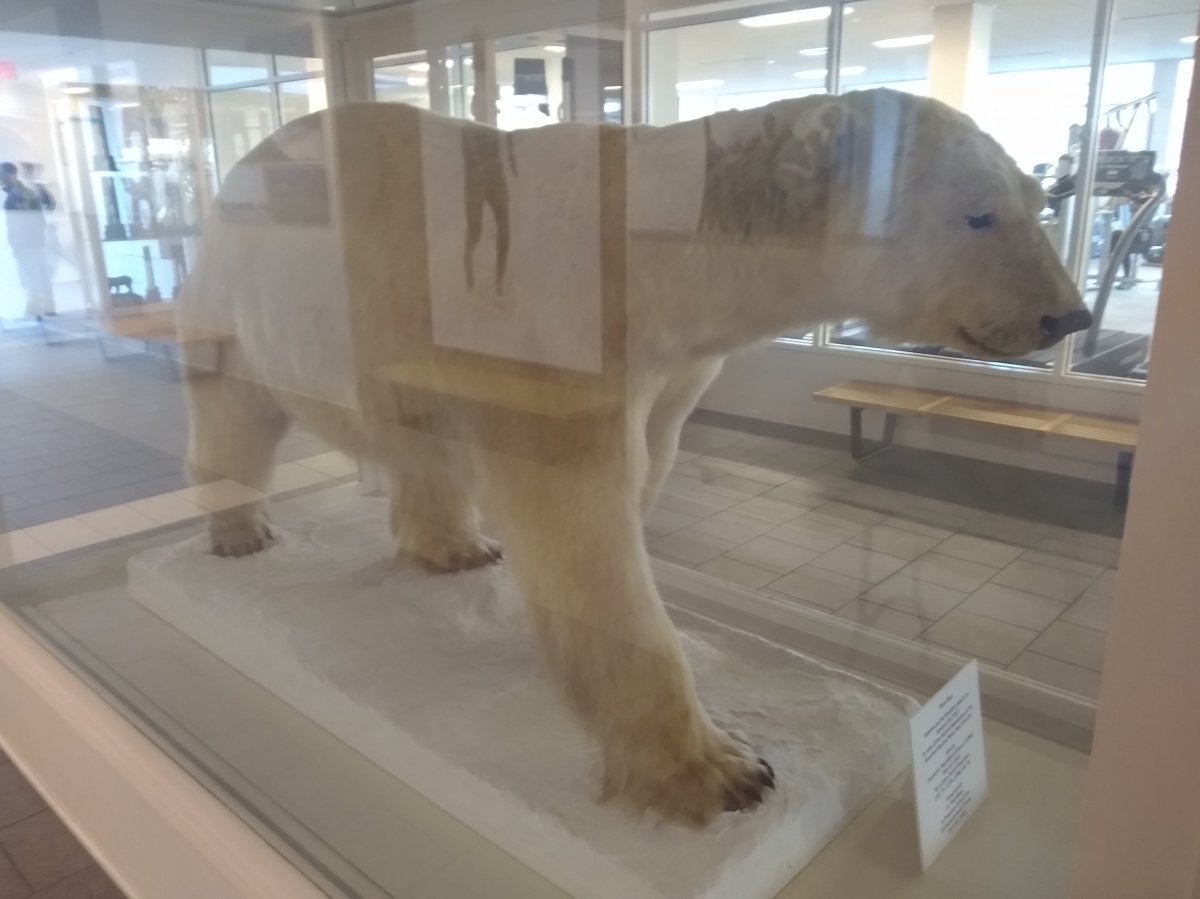 The eighth-largest city in The Great State of Maine, Brunswick is everything you think of in a New England town.

With a population of just over 20,000 people, Brunswick is large enough to be more than a speck on a map and still small enough to feel like a tightly intertwined community.

And in the middle of it all is Bowdoin College. One of the highest-ranked liberal arts schools in the country, Bowdoin is both elite academically as well as athletically.

Chartered in 1794, Bowdoin is so old that it was initially a college in Massachusetts before the territory for what we now know as Maine broke away into its own state.

Brunswick has been an industrial hub in the Pine Tree State for centuries. The first cotton mill in Maine opened here in 1809.

Located on the Androscoggin River, Brunswick has been home to numerous industries since the Industrial Revolution from shipbuilding and quarry work to soap production.

Beyond its importance to business in Maine, Brunswick also plays a key role in literary history as well due to the town being the location where Harriet Beecher Stowe wrote the famous novel, Uncle Tom’s Cabin.

When it comes to good eats in Brunswick the place to go is The Brunswick Diner. Located on Route 1 next to a gas station and across from a Dunks, the diner is a tiny little thing painted bright red that looks straight out of a bygone era.

Holding just a handful of booths, and a long bar, the Brunswick Diner is everything you could ask from a cherished local spot.

When in Maine you go seafood and I went with the classic fried fisherman’s platter. Crispy. Savory. The best possible kind of lunch.

My stepfather joined me on the trip and he went with the burger. The diner classic was elevated by freshly fried crinkle cuts.

Oh, and did I mention that every table comes with a jukebox and it’s only a quarter a play? I may have played the Monster Mash more than once because that song deserves to escape its October prison.

A small side hustle within The Hoops Project is my quest to find the top chocolate chip cookie in New England. Brunswick has a cafe that can definitely contend in Little Dog.

A chewy, quality chocolate chip cookie is only a few bucks and definitely worth it. It misses the salty quality from the current #1 at Fork and Spoon in Bangor, but this was a damn good cookie and it should be enjoyed when you’re in downtown.

While the downtown of Brunswick is a wonderful time with numerous eateries and shops, the most marquee attractions are the museums on Bowdoin’s campus.

Named for Bowdoin graduates, and Arctic explorers Robert Peary and Donald MacMillan, the Peary-MacMillan Arctic Museum is located in Hubbard Hall and is the only museum dedicated to Arctic studies in the lower 48 states.

However, I didn’t know this museum existed until I was leaving the museum right next to it to head to the game. Lucky for me, the Bowdoin College Museum of Art is one of the best damn art museums in New England.

Like the Arctic museum, the art museum is open six days a week and has free admission and it is spectacular.

The museum is the perfect mix of diversity and accessibility. You can fully go through the galleries in under two hours, it’s an almost perfect museum.

On display this day was a variety of works from ancient Chinese jade carvings to Assyrian granite imprints to portraits of Thomas Jefferson.

Beyond the major heavyweights, there were galleries dedicated to landscape art, drawings and etchings of cities in Maine, and portraits and sculpture. They even had a work by my favorite New England artist, Winslow Homer.

I really can’t recommend this place enough. It’s esoteric, peaceful, and a great way to spend a few hours. And they let me take pictures in the galleries so I can bring some of the art to you.

Bowdoin has a beautiful, quaint campus that sprawls for 207 acres. With an enrollment of just under 1900 students, the college does not offer postgraduate degrees, Bowdoin’s campus looked beautiful even on a cold afternoon in late November.

The most striking building on campus is the chapel. With it’s dual spires reaching into the sky, the chapel is located in the heart of the campus. Built in 1855, the chapel holds Mass, memorial services, and can be rented for wedding ceremonies. Its excellent acoustics have made it a prominent recording/performance space as well.

Like the other schools in the New England Small College Athletic Conference, Bowdoin excels in sports. It’s men’s hockey team plays in a state-of-the-art 2,000 seat arena, the women’s basketball team is among the best in Division III, and the lacrosse teams contend at a national level on a regular basis.

Today it was the men taking the court at Morrell Gym, a compact room sitting 1500 people located inside the Buck Center.. Home to the Polar Bears since 1965, Morrell is a box. It’s small yet intimidating due to the way the second tier of bleachers just seems to rise up from the court.

The game itself was breezy but not competitive. It felt like Bowdoin was nearly a head taller at almost every position in comparison to Maine Maritime and it showed on the court.

Nicholas DePatsy was the lone Mariner in double figures with 10 points.

Of all the places I’ve been to for college sports in New England, Brunswick is near the top of the pile. It has a charm and a warmth that I love. It’s cozy. It’s fun. A little of everything.

It’s also easy to get to. Just 90 minutes north of Boston up Route 95, Bowdoin is a quick drive and absolutely worth it. Of my three trips into Maine so far Brunswick has felt like the place I would feel most comfortable settling down in and raising a family.

Up next: The first dual-venue school