Amherst is one the great college towns of New England. The heartbeat of the Five Colleges consortium, Amherst is a town that takes great pride in its universities.

It’s also a bear to get to but that’s where I am with my brother on a cold and gray Sunday afternoon.

This is a special stop because this was my brother’s Hanukkah gift to me. Rather than a restaurant gift card or some object that’ll never get used he said I could name a game and we’d go together. He’s an ace of a brother.

Downtown Amherst is beautiful. The beating heart of the famous Five Colleges, it has everything a perfect college town needs.

And right on the main street is Jeudi’s. 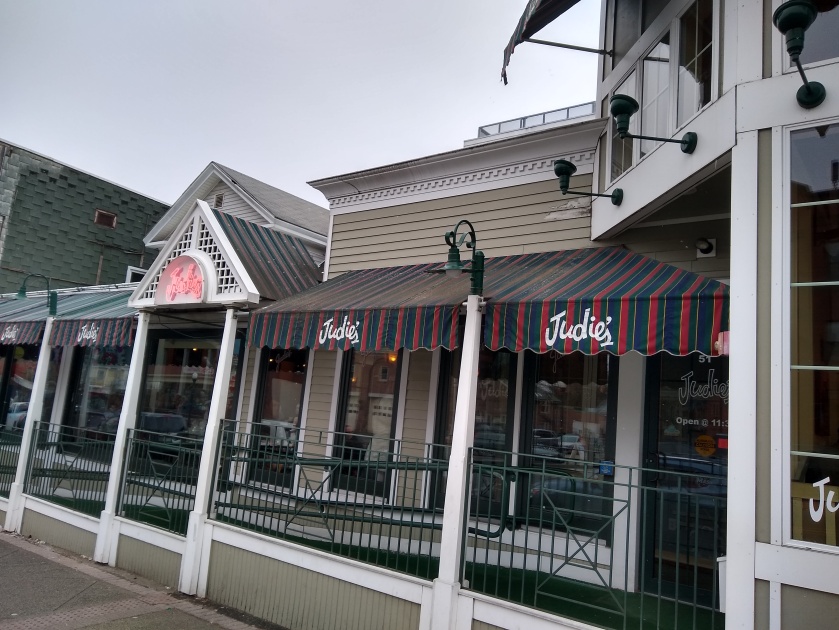 We started with the popover and homemade apple butter. Thing was the size of a football.

After that I went for the casesar salad and….and it just missed. I love a good Caesar. This one was different with hard-boiled eggs and artichoke hearts mixed in with the usual stuff. Oh well. Still finished it. 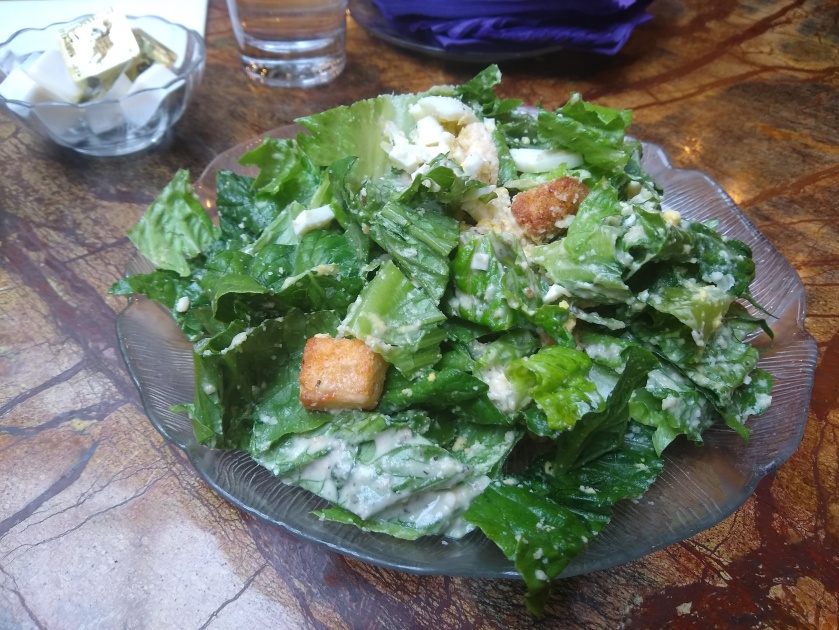 The main was a burger with leeks, carrots and guacamole. It was one of the strangest sandwiches I ever had and it was delicious. 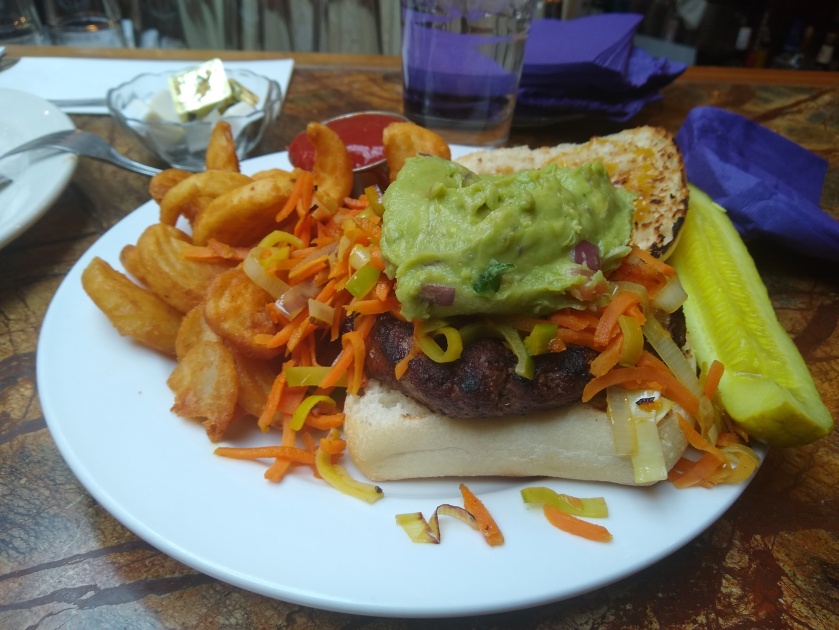 I have a cousin who goes to UMass who described the campus as “North Korea in winter” and it really doesn’t wow.

And adding to that feel is the Mullins Center. Opened in 1993, the Mullins has the look and feel of a warehouse. The largest arena in Western Massachusetts and third-largest in the state, with a basketball capacity of 9,500, the building just feels too big. 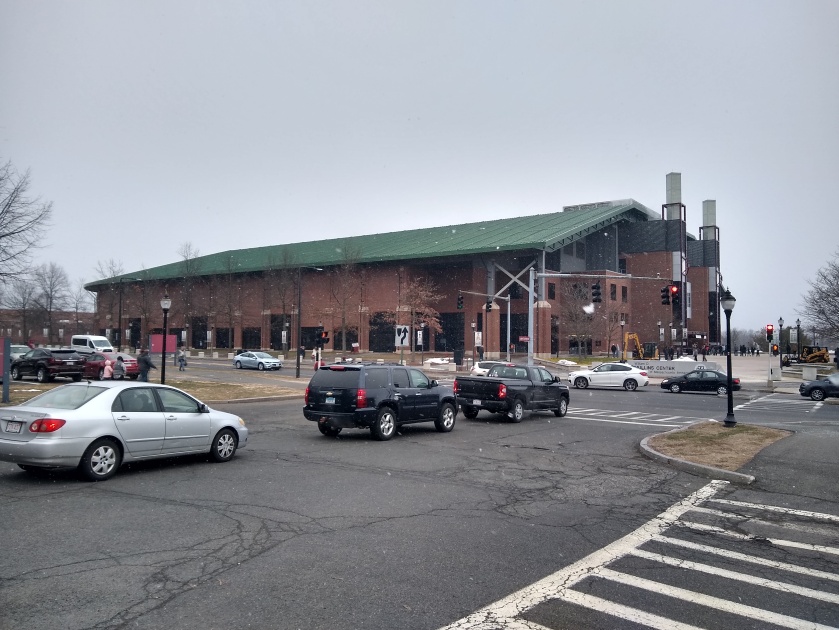 The interior is cavernous. There is no second deck so the seats just keep going up and up. The arena is also quite dark by modern arena standards so it feels like a vast open space inside. Add in a sparse crowd and it was a strange vibe.

There are two other quirks inside: The first is that the banner from the 1996 Final Four still hangs proudly even though the games were vacated and technically “never happened” because Marcus Camby contacted a sports agent.

And then there’s the concourse. In most venues of this size the concourse and seating bowl exist as one unit. Small, open entryways connect them so people can flow through easily.

At the Mullins Center all of those entryways have full double doors which gives a strange separation between the seating bowl and the concourse area. Also, the concourse looks like it could double as a hotel lobby. 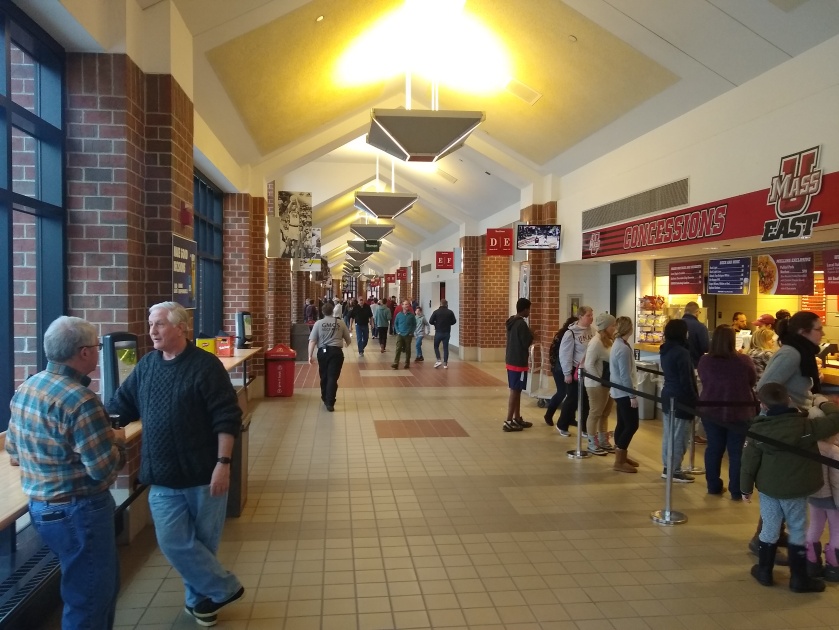 On paper this was not a good one. UMass and George Mason. Both toward the bottom of the A-10. Both in total rebuild mode.

However, what we got was a thrilling game in front of 2,313 people. After a comical opening few minutes in which it felt like neither team could score, both clubs dialed it in.

The half ended with a flourish from the home team with Sean East laying it in at the horn to send the game into half tied at 35.

It felt like the second half would be UMass putting the pedal down. The Minutemen opened up the lead and kept growing it as the half progressed.

Djery Baptiste came off the bench and scoreed eight of his 10 points in the second half for UMass, including this floater.

Baptiste’s layup was part of a run in the second half that opened up a 14-point lead for the Minutemen with five minutes to go. But then someone put a lid on the basket for the home team.

And George Mason started chipping away at the lead. They got to 10. Then seven. They kept getting closer and closer in UMass’ rearview.

Eventually it was a two-point game in the final seconds. George Mason had the final say.